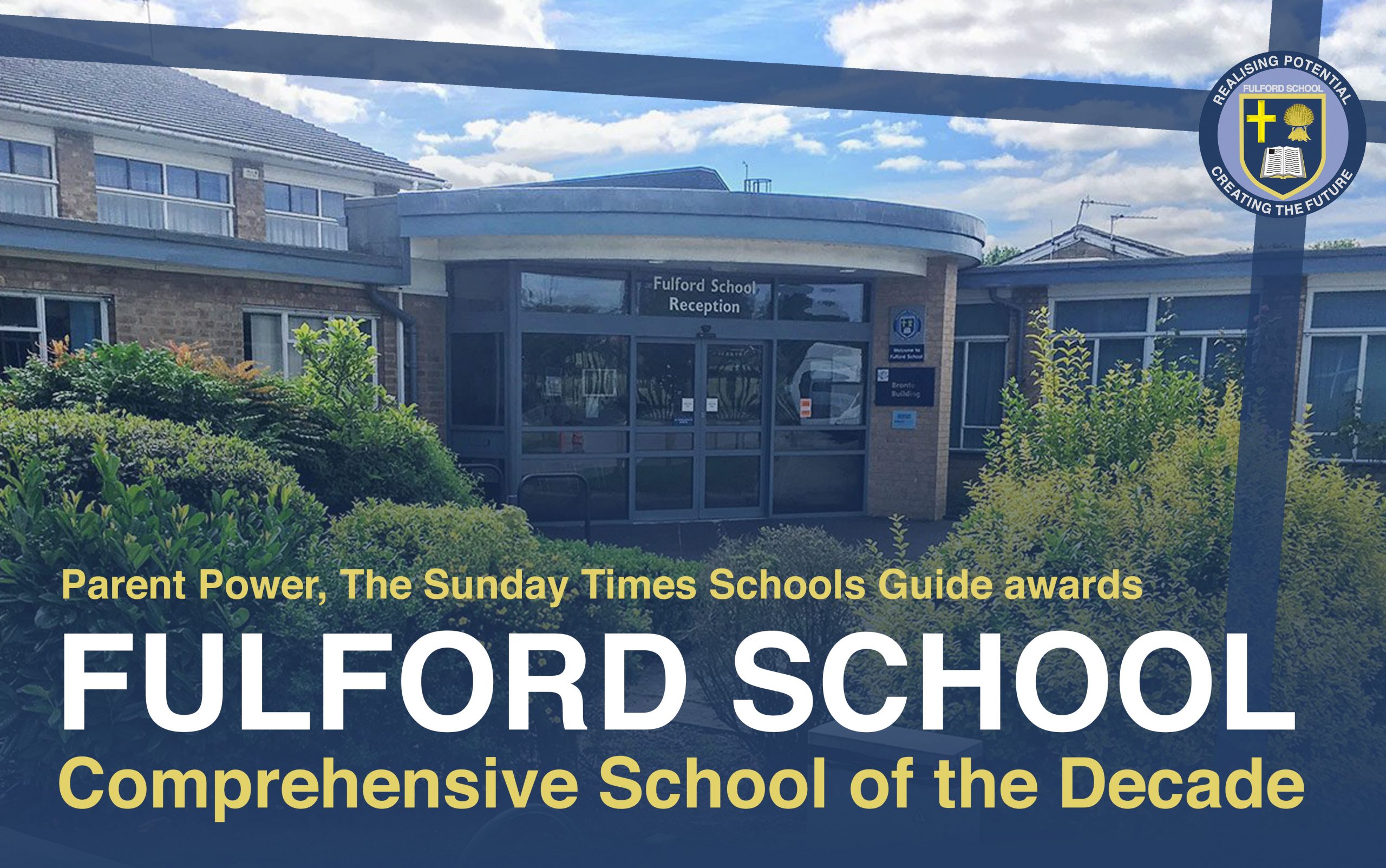 “I am delighted that Fulford School has been recognised by The Sunday Times Schools Guide.

For the past two years we have been awarded the State Secondary School of the North.

This year it is a great honour to be named, THE SUNDAY TIMES COMPREHENSIVE SCHOOL OF THE DECADE.

We are a school rooted in our community and committed to comprehensive education so it is particularly pleasing for this to be recognised. We are proud to represent all the fantastic comprehensive schools up and down the country who work tirelessly to support and educate pupils irrespective of their starting points.

Fulford is a fantastic school. It is successful due to its highly motivated pupils, talented and committed staff and supportive parental/carer body

Over the past decade many members of our community, teachers, leaders, governors and trustees have shaped our school and I would like to thank them all for the contributions they have made.

Trustees, governors and our staff have great ambition for the school. We will continue to work, aligned to our values, for the benefit of all. Enabling everyone to be the best that they can be and make the choice, at every opportunity, to do the right thing.” 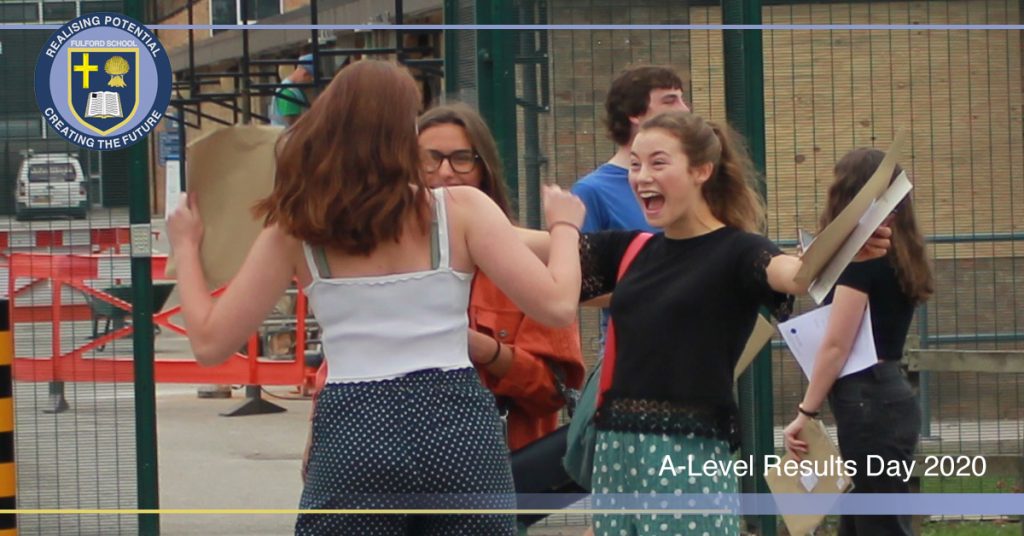 OF THE DECADE AWARD

The 28th edition of Parent Power identifies the 2,000 highest-achieving schools in the UK, ranked by their most recently published examination results. A fully searchable national database by school name, local authority, town and postcode, together with regional rankings are available to Times and Sunday Times subscribers at: thesundaytimes.co.uk/parentpower

As well as assessment of all academic results on a school-by-school basis, Parent Power enables parents to compare the performance of a given school with other schools in the same town, local authority or nationally. There are also live links to school websites and schools’ most recent inspection reports.

Parent Power is widely acknowledged as the most authoritative survey of the country’s best schools. The rankings in the secondary school league tables are determined by the percentage of examination entries gaining A* to B grades at A-level (which is given double weighting) and the percentage of entries graded 9, 8 and 7, at GCSE and iGCSE.

Alastair McCall, editor of Parent Power, said: “Fulford sets standards to which all comprehensive schools should aspire. Restless in its search for continual improvement, the school has steadily climbed The Sunday Times’ Parent Power rankings over the past decade to now stand at a high point with just one non-selective non-faith school ranked above it.

“Our Comprehensive School of the Decade award is the toughest to win on account of there being so much competition. While it is designed to recognise sustained academic excellence, it is also a recognition of what can be achieved when industrious pupils, inspirational teachers and supportive parents work together in a joint endeavour.

“Honesty, empathy, ambition, respect and tolerance are guiding the principles which underpin Fulford’s inclusive and supportive culture creating an environment where students can flourish in and out of the classroom.”

Any cookies that may not be particularly necessary for the website to function and is used specifically to collect user personal data via analytics, ads, other embedded contents are termed as non-necessary cookies. It is mandatory to procure user consent prior to running these cookies on your website.