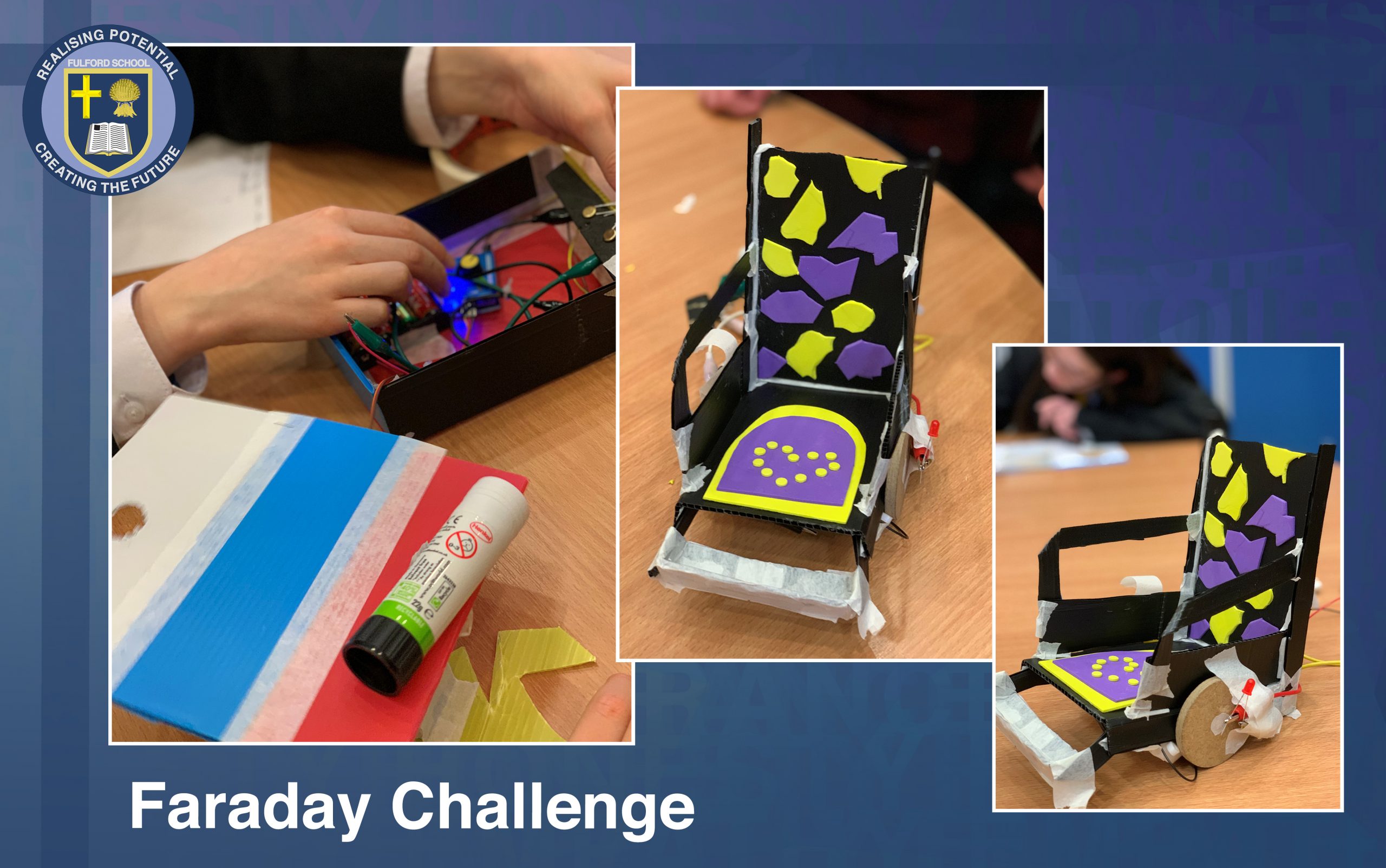 On Thursday 7th April, twelve year 8students set off to the STEM centre at York University, supported by 2 of the science technician team. With the aim of competing in a Faraday challenge. We arrived to find we were up against three other local schools: Manor, All Saints and York High.

Our 12 students split into two teams, one of all girls and the other all boys. Then the challenge was set, to use all of their Science, Technology, Engineering, Art and Maths skills to develop a prototype that would improve the stay of young patients and their families while in hospital. They could build anything they wanted to but there was one proviso, there had to be an electronic circuit involved.

Each team had a limited number of Faraday currency to buy the materials they would need.

The girls decided on a wheel chair designed especially for children, something vibrantly coloured with lights and sound in incorporated. The boys opted for an electrically operated bedside table to be used as and when the patient wanted it. The brightly coloured table included a cup holder, was made from sustainable materials and powered by solar energy. When all the teams had completed the challenge, their ideas were presented to the group and judged by Mick, the activity leader. Fulford boys team won the trophy and hope to be asked to go forward to the National finals in Liverpool later in the year.